interesting forum thread on the topic of global warming

personally i do think it makes more sense that its all part of a natural cycle.also the increase in solar activity in the last 100 years has had an effect as well perhaps.....

I don't know what to think anymore.

The chances that anything will happen in my lifetime are pretty slim so i really dont give a s**t. We have a better chance of getting hit by a medeior in 2012 then for global warming to effect us.

shadowforte said:
I don't know what to think anymore.
Click to expand...

I belive it, but I think nothing will happen in my lifetime.
[SIGPIC][/SIGPIC]
X

its obivous... Cars alone release some 14 billion metric tons of co2 a year....

The changes are now being understood more and more due to ice drilled from the poles. And what they show , is a period of rapid change, one day summer 110,,, one day winter -30. You could be surprised how quickly it changes.

But the reality is , human kinds survival rate is 0. which means in 200 years , we will all be dead. and since the timing of the cycles gap millions of years , we may never comprehend the cycles.
Twitter
XboxOne - Adddidis
A

Seeing the effects already in Canada, random 20 degree celsius days, when on the same day 10 years ago we had 5 feet of snow....

Sad fate, compunded by the sadder attitude that "its not gonna happen in my lifetime"....

Best of luck to another species on the other side of the galaxy...

One of my fav quotes for Arthur C Clarke book:

"All these planets are yours, except Europa. Attempt no landings there."

damn straight if we landed anywhere we would F**k it up for sure, at least at our current state of social thinking...
S

But I was committed after that birthday party...

I don't mean to play the close-minded dickhead on the situation, but nothing's going to happen in my lifetime, and even if it does, I can't make a difference. Before you start on with "Blah Blah but you can Blah Blah if everyone did Blah Blah" Look- if I did do something, and started dedicating my life to nagging people about global warming, one of two thing would happen-

1. I would convince the rest of the world to do something, and somehow miraculously stop the world from ending for another 50 years or so, well, where was the fun of living that much longer? Absorbed into the campaigning and complaining to people about the cause, so why bother? I'm not going to get a warm fuzzy feeling inside me before I die even if I can say "My children/grandchildren are going to get more time on this earth."

or 2. I would tell everyone and convince people to start thinking about global warming, but alas, to no avail, and I make no difference in the world, and I wasted my life.

And if you say "Well, all I'm saying is turn off the light when you leave the room, or ride a bike sometimes." Well, that's not going to make a difference unless everyone in the world is going to do it, and that's NOT going to happen, no matter how much you think it will or how hard you try. And that just detracted the convience of a motor vehicle or leaving the light on so I don't have to turn it back on 5 minutes later.


...There I went, off into a tyraid again, I could argue both sides, I just like to debate, to be honest, but my personal opinion rests with this one- screw it. 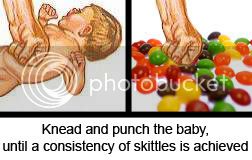 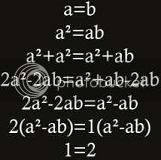 Free Internet Stuff - PSP Emulation Guide
And as always, innocent like roller coasters, fatality is like ghosts in snow and you have no idea what you're up against because I've seen what they look like... Becoming perfect as if they were sterling silver chainsaws going cascading...

Think global warming will raise the oceans enough to submerge Cape Hatteras? Want to bet on it?

An online gambling service has started taking bets on global warming, including whether it can submerge some of the East Coast’s top vacation spots.

Don’t bet on it, says Phil Roehrs, a coastal engineer for the city of Virginia Beach. Roehrs said although sea levels are rising along the East Coast, scientists are not predicting anywhere near the levels and dates provided by the gambling service.

“No wonder the odds are so good,” Roehrs said.

That hasn’t stopped bettors from taking a chance. About 3,000 placed bets during the first three days on online booking, said Reed Richards, a spokesman for BetUs.com.

Most gamblers on the site have put down money that Manhattan will be submerged before New Year’s Eve 2011.

It seems i have to type at least 10 characters to post this message...
Special thanks to Tetris999 for the sig.