Staff member
Game Info Editor
So I know myself and others have brought up the idea of having custom achievement sets for non-tracked games. While I'd still love to see that one day... it would be a lot of work. A light bulb went off in my head with a MUCH simpler solution.

We already have the ability to input hours played, the last played date and completion date for non-tracked games. What if we also had the option to input achievement progress? No actual list, just the numbers, 11/65 for example. Obviously, this shouldn't add to the actual achievement count on your profile and shouldn't have any EXP tied to it or contribute to ranking in any way, but it would give us a simple yet flexible way to track our own progress in any games that don't have tracked achievements. The site already knows how to generate progress bars based on a ??/?? number for a game so I imagine it wouldn't be too hard to implement?

Here's a little mock-up I did: 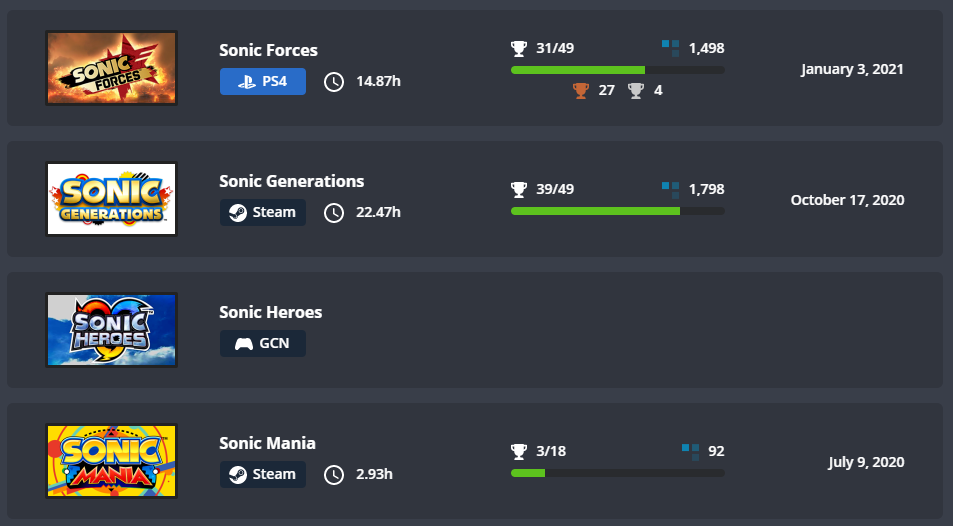 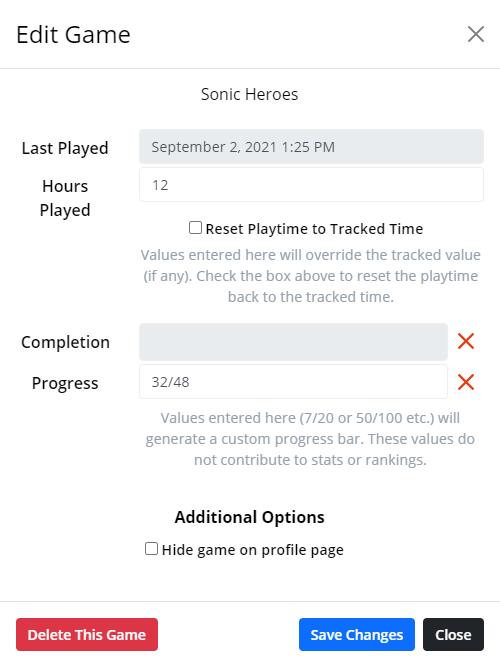 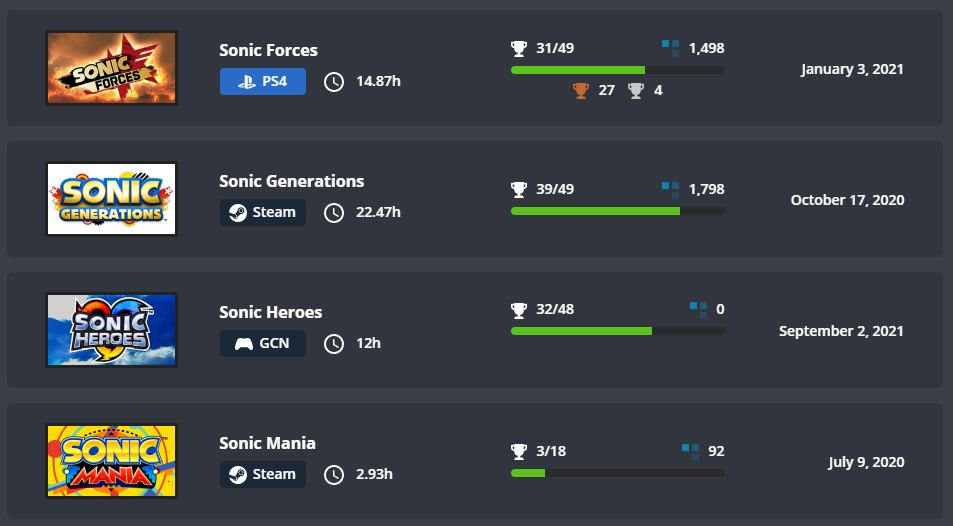 Just a quick technical note. You might ask "why a custom number of achievements and not just a percentage?" Well firstly, for consistency in the game list. But also unless a game actually gives you a completion percentage itself, any percentage you come up with is largely going to be an arbitrary estimate until you hit 100%. Of course that's fine if you want to do it that way, and you can, simply by using ??/100. But many games missing achievements have achievement lists on other platforms you can use as a reference, and some games have built-in achievements but no actual tracked achievements. In other cases you might just work out a number yourself based on the number of levels, objectives, collectibles, etc. so the ability to use a custom number would offer the most flexibility.

Switch games, PC games without achievements, early PS3 games without trophies, all those older systems that aren't supported by RetroAchievements... they could all be covered by this.

And those who aren't interested in this can completely ignore it and continue achievement hunting, it would just be there for those of us who want to record progress in more games, and perhaps frown a little when we scroll past a game on our profile that doesn't have a progress bar. Now we'd be able to click the edit button and add a custom progress bar, just for our own satisfaction.

One last note. The most logical way to implement this would obviously be with the manually added/non-tracked games, but if possible it would be nice to have the option for any tracked game that doesn't have achievements as well.

That ended up being a long post but it's ultimately a fairly simple feature idea and I'm sure many of us would appreciate it.
I know I'd use it.
Last edited: Sep 2, 2021