The official name of the long rumored Apple tablet. Event is still going on, so details are a bit scarce at the moment, but I'll upset as more information comes out. You can view a liveblog for yourself here: http://www.engadget.com/2010/01/27/live-from-the-apple-tablet-latest-creation-event/?sort=newest&refresh=30 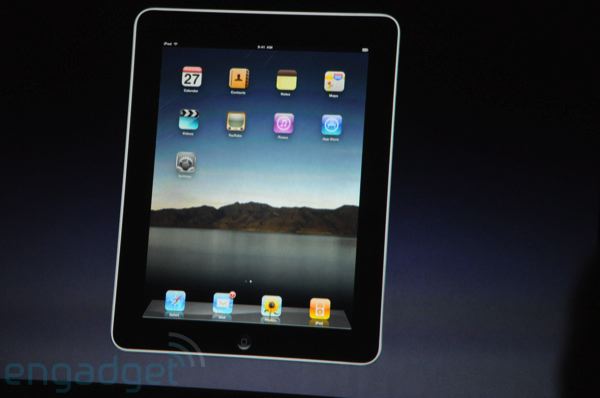 It is a jumbo iPod touch basically.

I don't like it being sqaured. I think the screen should have been longer.
Los Angeles Dodgers
Philadelphia Eagles
Los Angeles Lakers

Ew. Maybe if it ran osx I would be interested. I would just feel like a dumbass playing Need For Speed with a giant iPod Touch. No flash support, lol. Why doesn't Apple like supporting that at all? Is it licencing issues? Hackers have made the IPT Safari browser have flash(videos) since firmware 1.1.1.
Tweets -- XBL: Lachrymose3 --Blog -- g+
Apps: SimpleStudio+, IDEmail(soon)
Games: Highway Texting Lite
​

It's a big iPod Touch with a closed off application source and a browser that's not flash enabled...

Only a fanboy would buy this thing.

This looks like total bullshit. Who would buy this over an iPod Touch?

Reminds me of the Onion News "Apple Wheel", lol

stupid big ipod with a stupid name. Sounds like a new line of kotex products.

Enforcer Team
I think it looks pretty cool. I'd much rather surf the web from my couch using that as opposed to my iPhone.

Blerk.... no common / freely available apps (AppStore only again), NO MULTITASKING (WTF???), no common OS (like already stated above, at least OSX would've been nice)....

Apple is waaay to restrictive and closed up.... AGAIN....
I'd really a tablet computer, but this pice of unneeded crap.... NO WAY!

I think the real question that needs to be asked is, "Will it blend?"
Tweets -- XBL: Lachrymose3 --Blog -- g+
Apps: SimpleStudio+, IDEmail(soon)
Games: Highway Texting Lite
​

i would only get it if i where a rich bastard. the technology makes me hard but otherwhise its pretty pointless since i have an iphone. but if i got one for free i would not complain. its still pretty awsome for what it is.

why do people complain about the design? its pretty awsome. 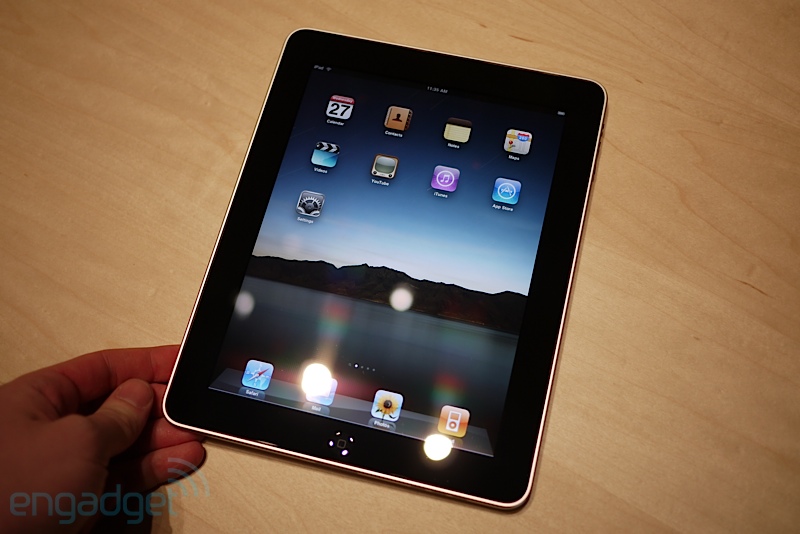 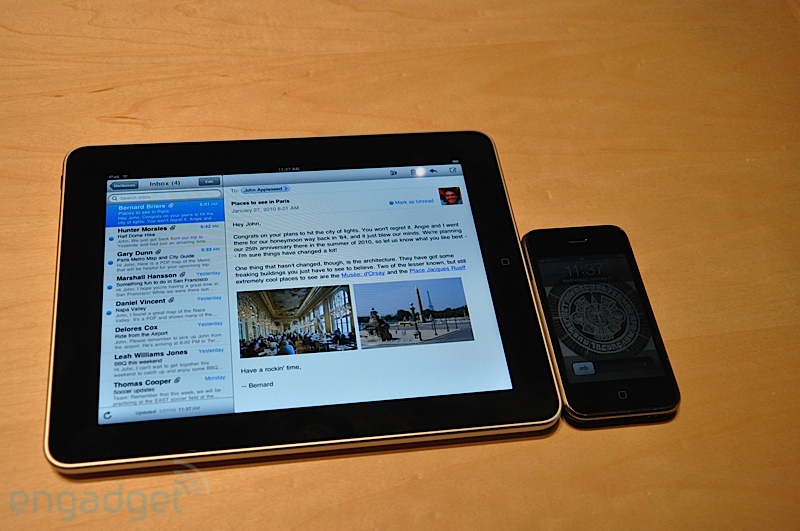 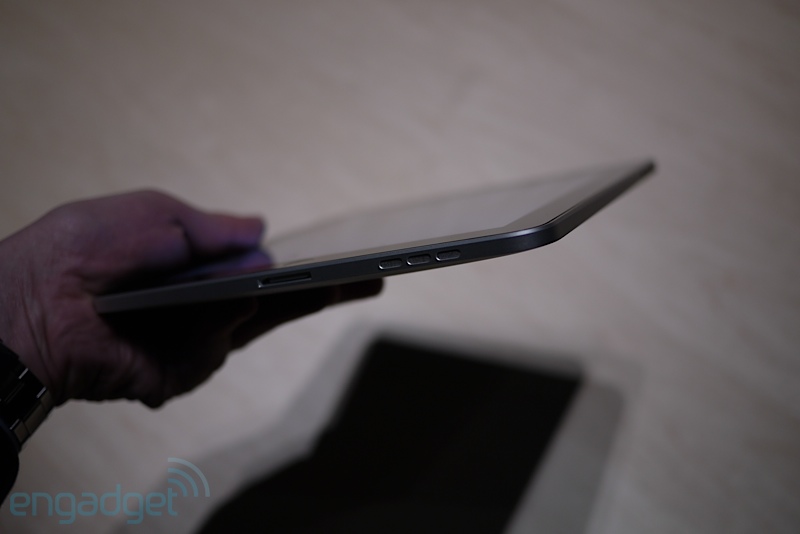 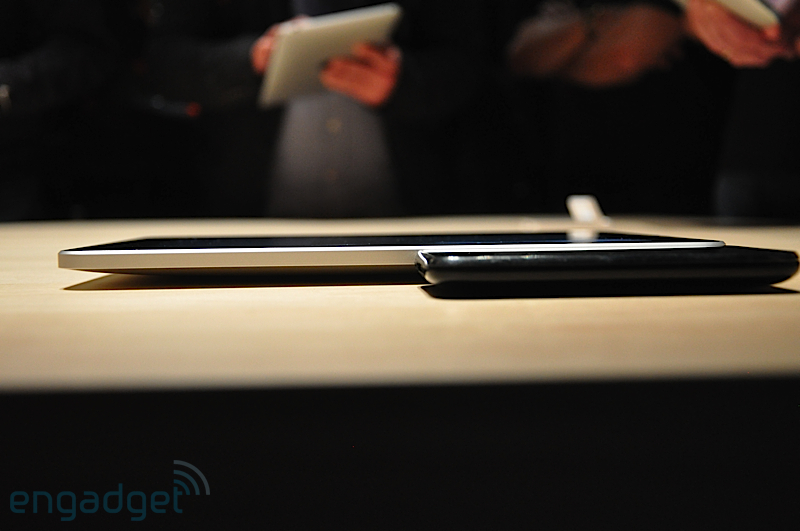 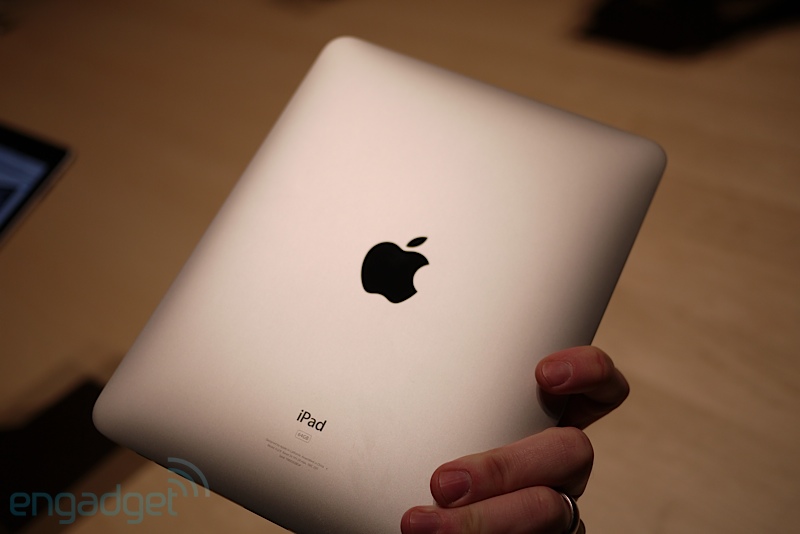 I don't like the square shape. I would have like it to be widescreen.
Los Angeles Dodgers
Philadelphia Eagles
Los Angeles Lakers

Lachrymose said:
I think the real question that needs to be asked is, "Will it blend?"
Click to expand...

LOL, Twitter just gave me an error message that they were over-capacitated with tweets so I couldn't get on . Working well after a few refreshes though.
Tweets -- XBL: Lachrymose3 --Blog -- g+
Apps: SimpleStudio+, IDEmail(soon)
Games: Highway Texting Lite
​

I just went on twitter looking for this. I searched through the trends and I got "iTampon" and "iBleed"

I was going to wait for the Keynote to be uploaded but whatever I cant wait. I might get this just for the sole for the movie playback, I been looking for a really light computer with a huge ass screen as a way to kill time while I waiting for someone to pick me up. All I need now is netflix and Hulu and I be all good. I sure it be jailbroken soon almost makes me wish that Geohot was not hacking the ps3 and hacking this. Btw Wtf no hdmi? lol

"The upgraded widescreen version will be called the Max iPad"
Is out of the game it been a fun ride... Goodbye psphacks.net,qj.net,mfm.com and exophase.com that so much for having me all these years...

I thought Apple were clever. They are. They've made an iPod Touch for fat people with chunky fingers. Bravo. :tup:

Ok....its a big ipod with the same network.