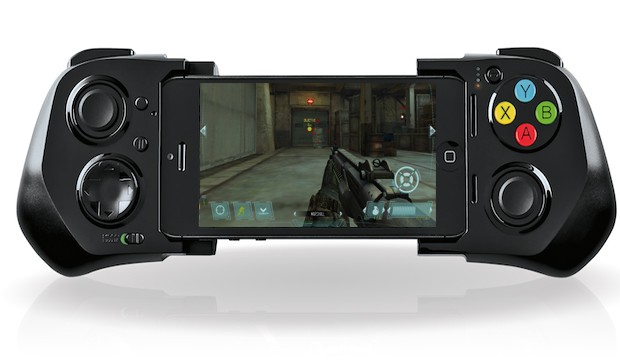 Apple’s newest operating system, iOS 7, added the ability for games to support a controller in order to better optimize and play. MOGA has released a brand new ACE Power controller specifically for iOS 7 devices.
The team at MOGA and PowerA were kind enough to send us at charlieINTEL a unit to review.

Controls*
For testing, I played Call of Duty: Strike Team majority of the time. With this controller the game’s experience only gets better. Strike Team is easier to play, and adds an extra level of usability with the controller. The control layout is very similar to any other Call of Duty game. The controller features four triggers – two left, two right – that are used for shooting, aiming, throwing equipment and tactical equipment. The analog sticks aren’t “clickable”, so when you go up to knife someone, you have to use the touch screen to do so.

Support
There’s a wide variety of games that do support this new controller. Games like Real Racing to Call of Duty. While some games offer great support within the app, some don’t. For example, playing certain games with a tutorial requires you to use the on screen and device functionality. The tutorial portion and some of Flight Theory Flight Simulator is an example. It doesn’t let your use the controller if you use the tutorial or certain other modes. But, I expect, as the device is new, support and compatibility will only get better as developers understand how to fully use the controller technology.