PSPHax0r9 said:
No it isn't. For example, I don't play games at all, but I pirated Left 4 Dead because everyone said it was so good. If it wasn't free, I wouldn't have gone out and bought it. A lost sale? Nope.
Click to expand...

Haha, I pirated that as well. Then I realized that the PC version SUCKED on my crappy ass computer (PS1 emulation works flawlessly though) so I went and bought it for the 360. Lost sale from pirating? No, a gained sale!!!!


Although that hardly ever happens in the real world of warez, lawls.

Rants and 2c about Piracy

This discussion about ISO Support, HEN, CFW - E, etc. reminds me about RIAA and the neverending music copyright fight.

I confess that i have mixed feelings about Piracy, because, i do think that Piracy is a somewhat needed evil. First of all, to everyone thinking that i'm a fucking idiot for talking like that, let me say that i'm a software developer working in a university in Brazil, and i'm a linux user (although i'm in a WinXP box right now - just don't do a full switch because of Win Games).

As an example, while do i agree that while Pirating PSP ISO's you're disrespecting Sony e/or game developers, i do think that we'll agree that ISO Sharing does increase PSP Popularity, leading to wider sales (regarding consumer classes). This way, people that otherwise woudn't ever consider buying it, just do it because of the possibilty of easy fun (they're aren't even trying to piss someone off, really). A major example of this is the boost of Nintendo DS and Wii sales. There are different factors involved (major ones) but you can't really disconsider it.

There are other areas covered/supplied by piracy. One of the most "on scene" (at least here, on Academy) is articles/books piracy. I had a class-discussion about it these days. This kind of piracy isn't somewhat different from ISO support, just have a different use: knowledge sharing. Sometimes is really hard to find the book that you want, and most times, the price is exorbitant. I, as a student, coudn't afford to buy every book i used on my thesis (was about optimization of a plate-recognizing algorithm, using genetic algorithms), and i just pirated it.

At the other side, i diffunded the authors work for, at least, 10 people (i was helping someone with his thesis on the same field)!

In my point of view, piracy is a result of rapid technology improvements and slow company adaptation. Getting RIAA case as an example, they brag because they can't get the same millionaire revenue that they got before. They aren't giving a shit about the artists. In fact, they're formed a coallition just because of this (Featured Artists Coalition :: Home).

My point is, that piracy, while indeed disrespectiful, isn't completaly bad for both sides. Most times, one of them get the most of it, but the other side most times receive something back. Maybe isn't in directly $ form, but other ones.

Just as a sidenote about Sony, it isn't the most holy company ever. Since the RootKit episode (Wikimedia Error), and for some other things, Sony will never ever receive my compliments e/or respect.

Excuses seem to be getting less and less commonplace at least, if other threads are any indication.

Adiuvo said:
Excuses seem to be getting less and less commonplace at least, if other threads are any indication.
Click to expand...


I keep seeing a lot still, though I have learned to ignore it instead of being an ass about it... To each his own choices.

Most people these days tend to look for reasons to justify why they're pirating products rather than purchasing them. Sorry, but you're just a thief.

The likes of movie, games and music piracy is actually pretty heart breaking. Kids are now learning to steal off the net due to following what there parents do.

In terms of computer software. If you buy a product and then make copies to profit or just give away, thats bad. But if the tech is open for all to explore and create better software in the future then thats groovy. Trouble with that is, is that companies are either too greedy or have a more sinister reason to keep products closed from the public.

Games: I used to, but with platforms like Steam and amazing sales, there's no need to pirate anymore.
Music: I'll download first and if I like it I buy the album / track if I can find it (always support your artists).
Movies: Nope, I live fairly close to a movie theater and if I want to watch something at home, I simply tap into one of the multiple streaming services out there.
But our laws over here are pretty sketchy towards digital media and downloading. Hosting stuff for (torrent) services will be punished tho and can even get you on an ISP blacklist.
And yes, piracy is stealing, since you deny income to the other party which released / developed / created the media you're downloading.
Last edited: May 14, 2015

As someone who isn't in a third world country as I was before, I have severely reduced my piracy by using online services:

I used to be a pirate of the high seas, that's all over now.

You shouldn't have an excuse for this anymore, especially since most of these services cost ~ a one night dinner @ a restaurant.
</meh>

Software: I tend to look for open source/free alternatives before pirating.
Music: I pay for spotify premium but I will pirate compilation albums that are good for the car. Don't want a huge data bill for streaming on the go.
Movies: This is the big one for me. I pay for netflix, but I still pirate new movies (streaming rather than downloading) as the cinema is so expensive. It's cheaper to buy a movie on bluray than it is to go to the cinema, but that means waiting for the bluray release. And then of course I have a physical copy to try and find space for after watching it once and then letting it gather dust.
Games: I have so little time for games that I buy anything that I want now. And there's PS+ to keep me busy with free games every month.

Movies: cinemas are not my thing

Music: i don't like streaming services. Prices for physical media sent from another country are astronomical.

The topic is old and boring but I want to describe the situation with music in small places(settlements, villages) in the mid-noughties. And I think it was not only in Russia. As you know there aren't a lot of music stores in small places and if there are you won't find heavy alternative bands there. So, I had to go to buy CDs in the nearby city 40 miles from my home. There were about 3 stores where I could find what I needed. Do you think I bought licensed CDs in these stores? Not always. At that time, pirate mp3 discs were very popular. One disc contained all the albums of a particular band. They were beautifully designed and in addition to music you could often find lyrics, photos and videos. Usually the quality of songs was 192 bitrate, because this is the optimal file size to fit all the band's albums on one disk. I got home, put a disk in my computer and become the happiest person in the world. For example, a pirate mp3 disc with all the albums cost 70 RUB and one licensed Slipknot - All Hope Is Gone album 240 RUB. I must say I didn't hear the difference in quality, because there was no difference.

What would I do if there were no pirates? I'm afraid to imagine it. They just saved my life. Music is the best cure for loneliness. How many bands do I listen to? I guess if I had to buy each album separately, I would need another apartment for the CDs.

More than half of the musicians I listen to have several houses, cars, servants for all occasions etc. And when one of them starts to cry that they do not get anything from album sales, their music is stolen, they are so poor and unhappy... What do you think I want to do with them at that moment? They just don't know life. Concerts have always been and will be the main income for a musician. Even today they have nothing from streaming. 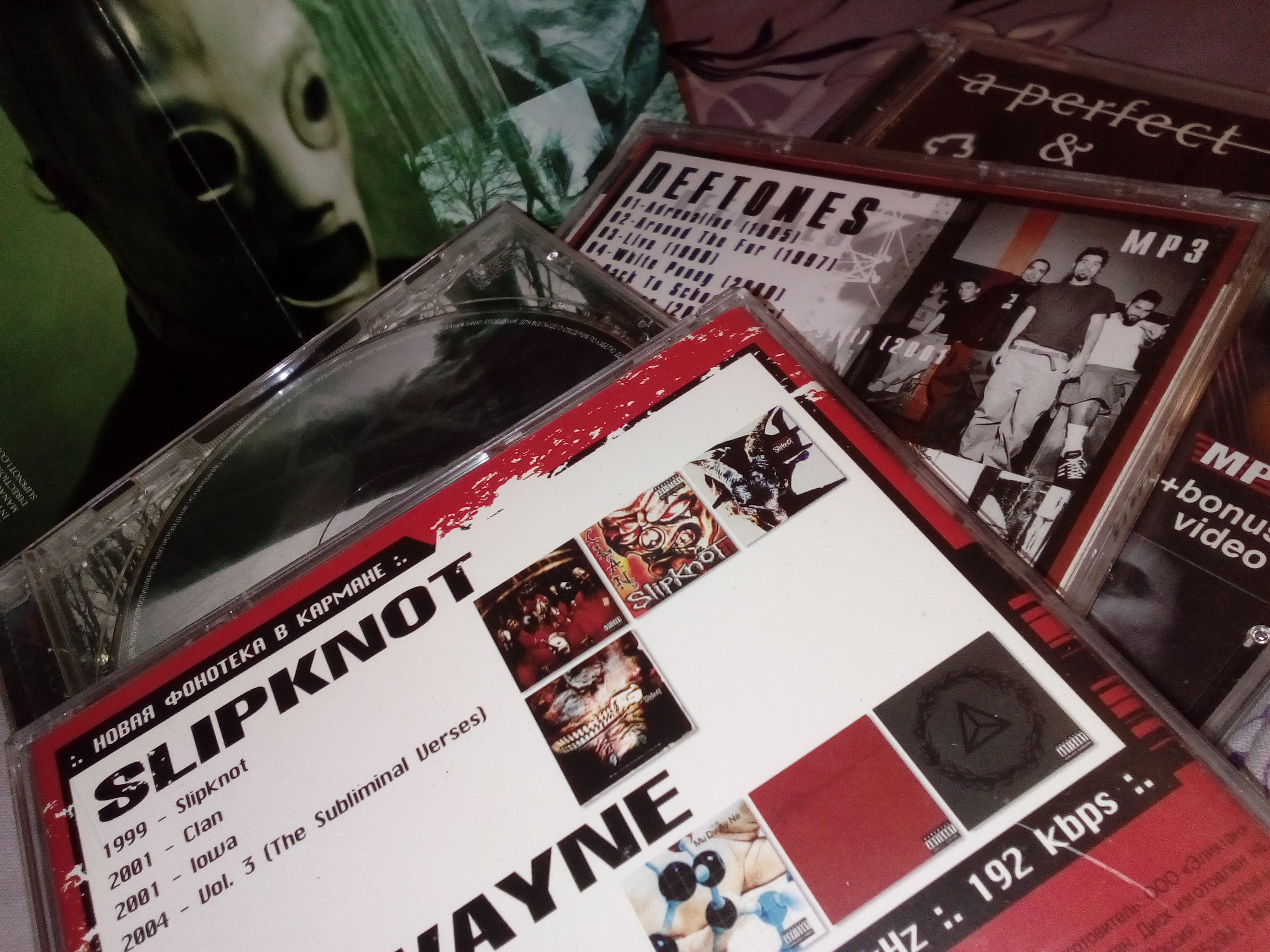 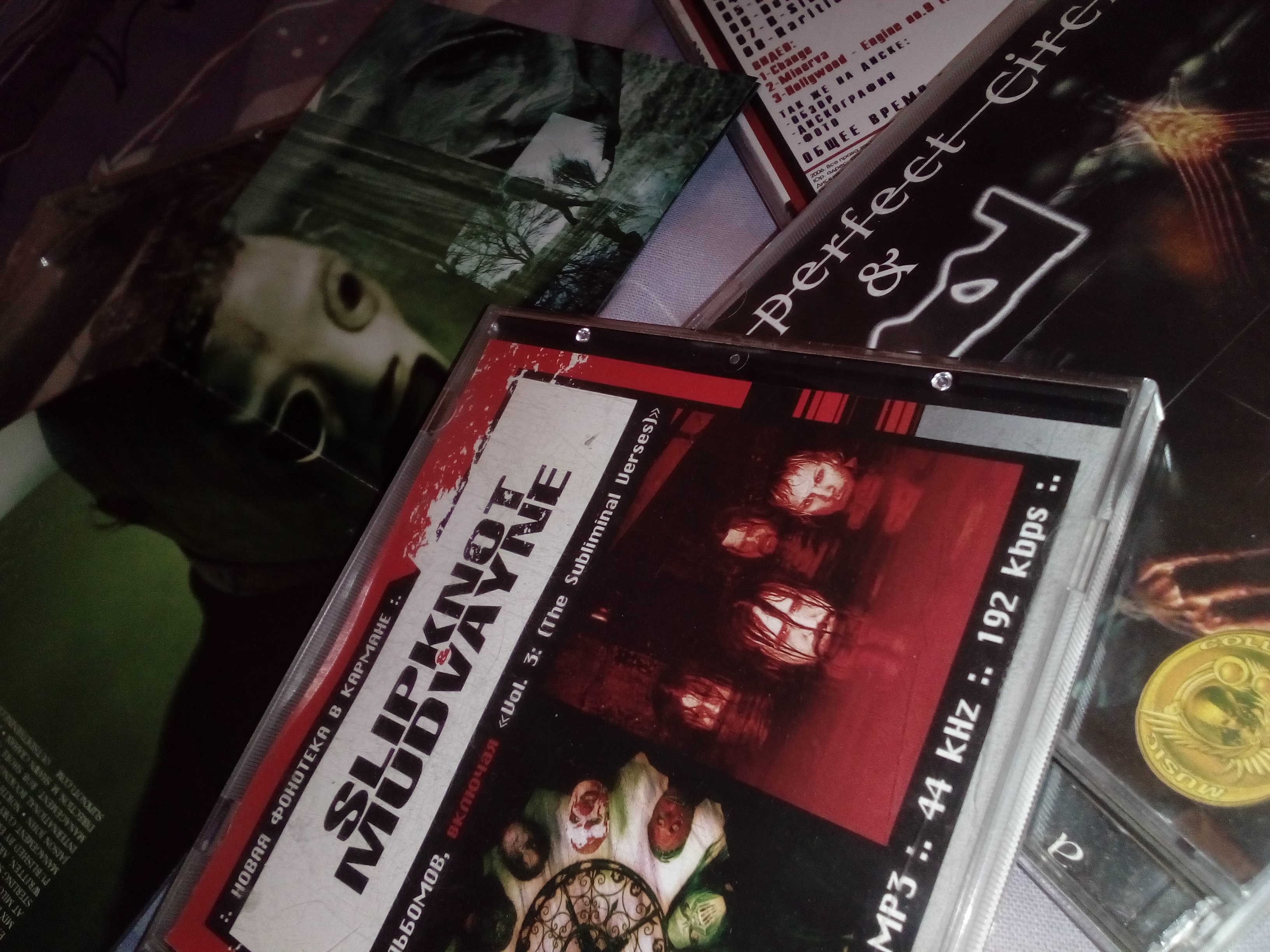 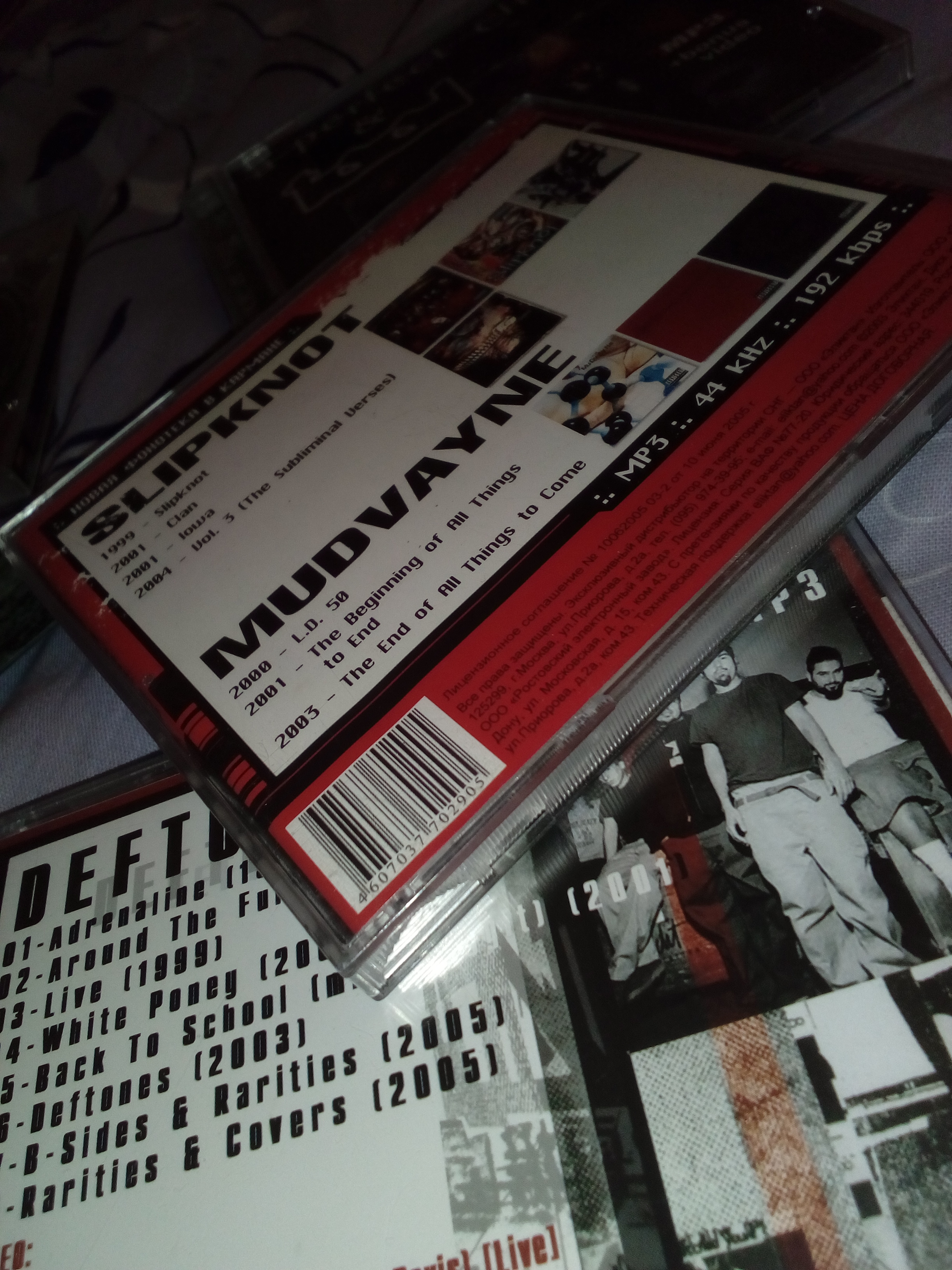