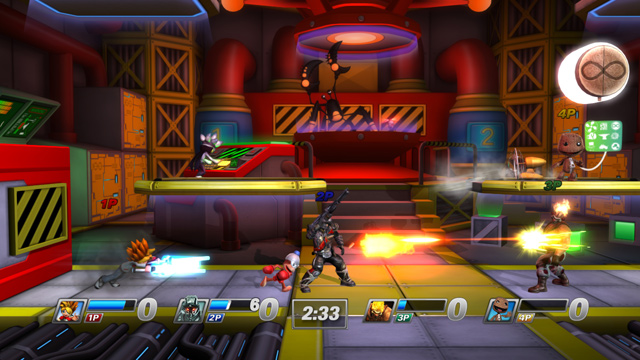 It is, perhaps for good reason, surprising how many people love simple arcade fighters like Smash Bros. The genre has been around for over a decade and has made competitive play even more fun on a single TV with up to four players. Sony, in an attempt to capitalize on that same gameplay for a console that’s largely become popularized (at least in the US) as an individual’s system so more people would play together, is putting all of the Sony heroes (and villains) under one game roof.

And from my time with the game, it’s going to be great, though not relaxed.