Hello.
I don't seem to be banned yet, but there are a lot of achievements on my account that were obtained dishonestly.
Yesterday I wrote “YouGotHitByGunner” about this: 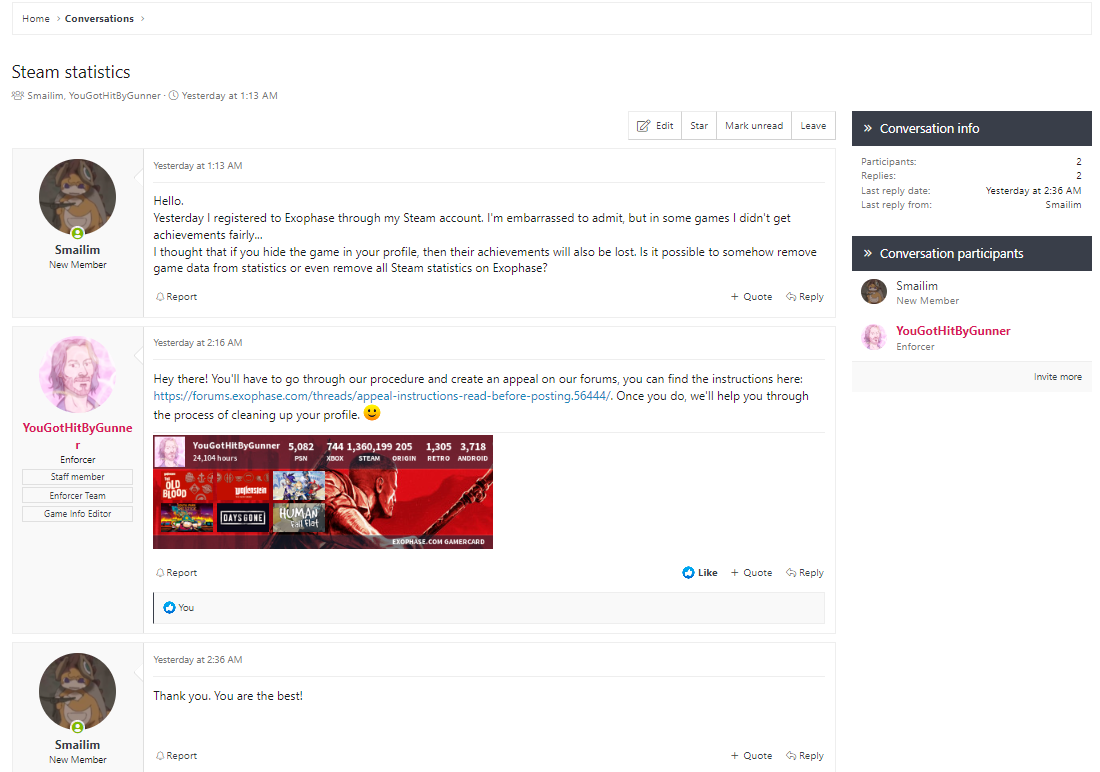 Please help me get rid of these achievements.

I used a program called "SAM" to get achievements in the following games:
1)PC Gamer
2) Alien Swarm
3) Counter-Strike: Source
4) Garry's Mod
5) The First Spark
6) Team Fortress 2
7) PAYDAY 2
8) Toribash
9) Dead by Daylinght
10) Dying Lift
At the moment, all ill-gotten achievements in games #1-5 have been removed using the following guide “https://achievementhunting.com/guides/relock” and launched (achievements were not issued at launch).
In games #6-7, all achievements were also removed, but were not launched (I don't know if the achievements will be given again or not). If I launch game #6-7 will I get them again?
I haven't touched games #9-10 yet. However, in game #9, he managed to remove 7 achievements, but decided not to continue.
There were problems with the game number 8: Deleted achievements via “SAR.Picker” ->achievements were removed, the game also disappeared from “perfect games”, but some achievement games are still displayed in “www.exophase.com” under “Rarest Achievements”. (Now it's all good)

As for games #11-12, I'm not sure that from 09/11-13/2022 the achievements were obtained in an honest way.
11) Paladins
12) RESIDENT EVIL RESISTANCE
At that time, a relative was visiting me and I let him play, while I myself was studying at the institute. According to him, in game number 11, he logged in under his account and received achievements. As for game #12, he said he got the missing achievements himself. But something tells me he lied... And used "SAM" on my desktop...

I remember that in games:
16) TOKYO GHOUL：re [CALL to EXIST]
17) The Witcher 3: Wild Hunt
I used "Cheat Engine" to get currency/materials

20) CODEVEIN
I used "trainer" to get through the DLC:
*CODEVEIN: Lord of Thunder
*CODEVEIN: Frozen Empress
*CODEVEIN: Hellfire Knight
In my defense, I can say that I completed most of the achievements in 2019. Addons will be released in 2020. It was very difficult to get through the final bosses on game plus. But the most important thing is that with the release of these DLC, no new achievements were added to the game.

I don't remember much else, sadly.

In the game "6) Team Fortress 2" (no achievements at launch).

In the game "7) PAYDAY 2" (no achievements at launch).
Made "RESET PROGRESS ACCOUNT" according to Steam guide "Using the Full Clear Progress Mod to Clear Your Progress and Achievements" 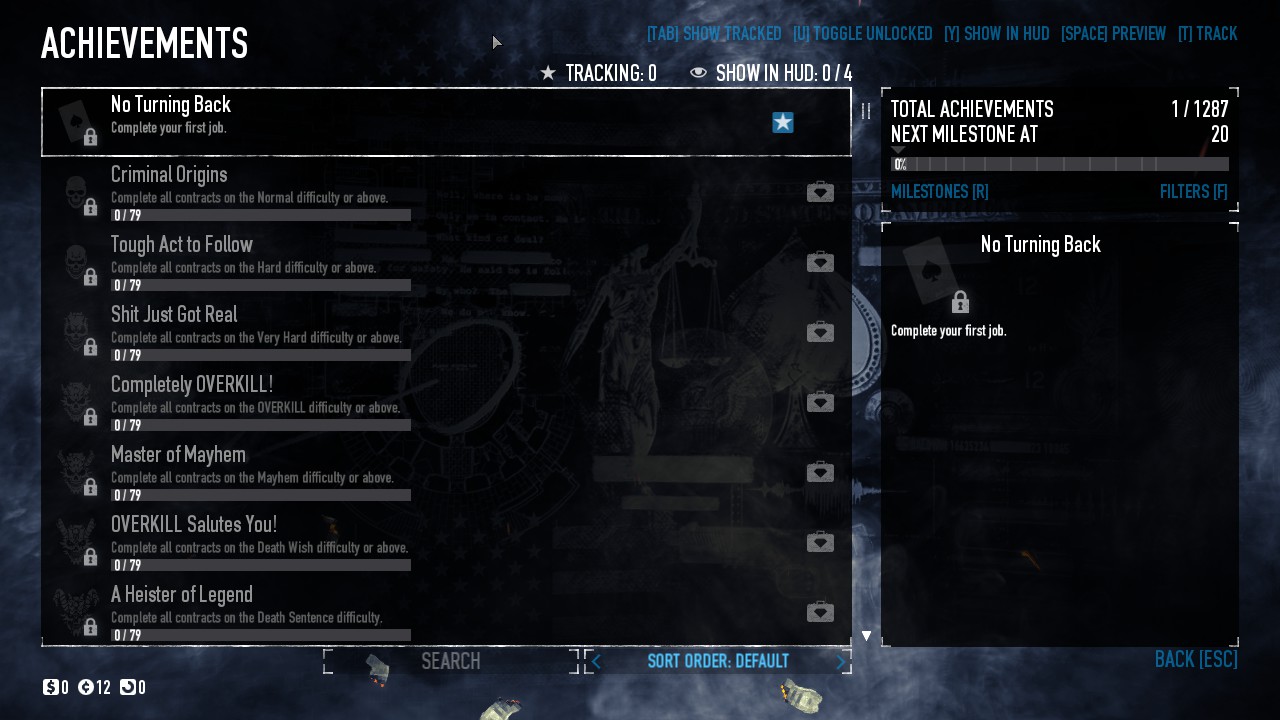 Regarding games #13-20, I'm waiting for your decision.

I almost forgot. Should I remove this achievement?

Opened it with this steam guide: "https://steamcommunity.com/sharedfiles/filedetails/?id=2808232290&searchtext=A+World+of+Pane" 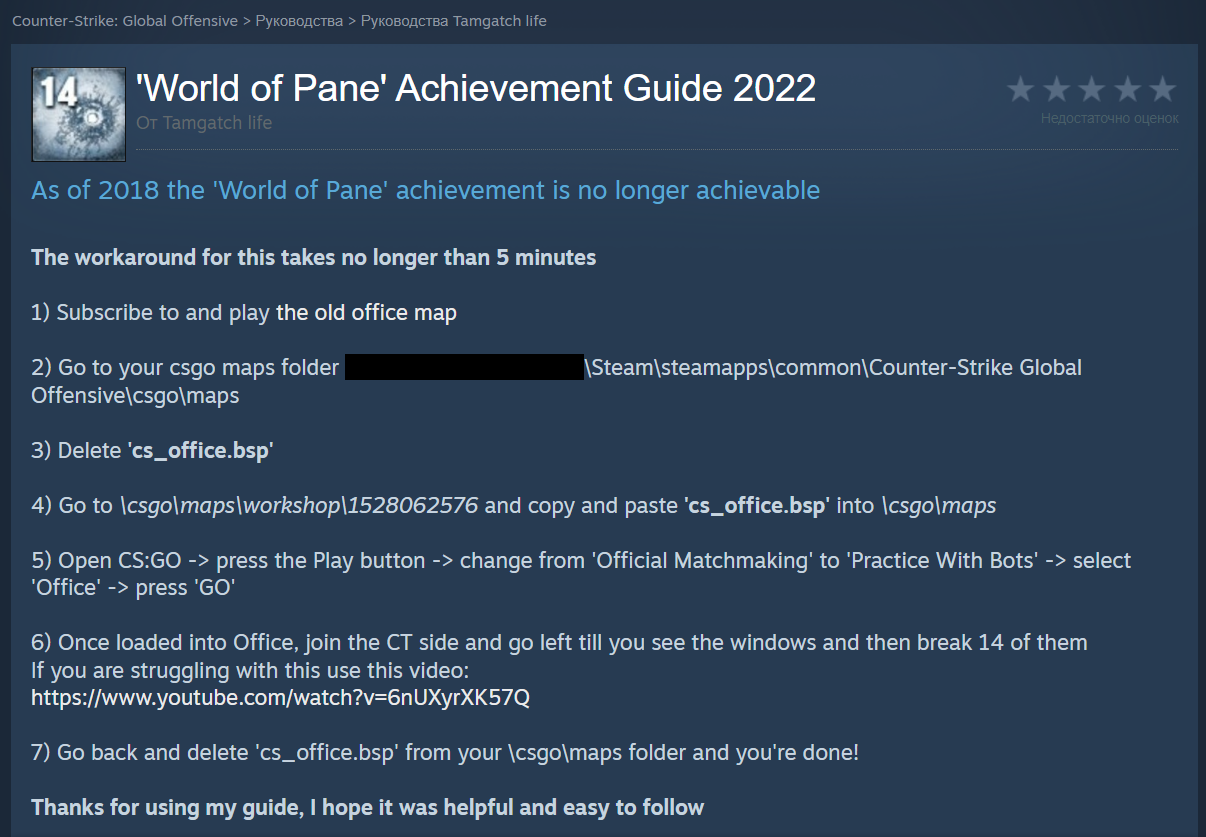