Ubuntu Touch finally has its first smartphone partner, but it’s a secret 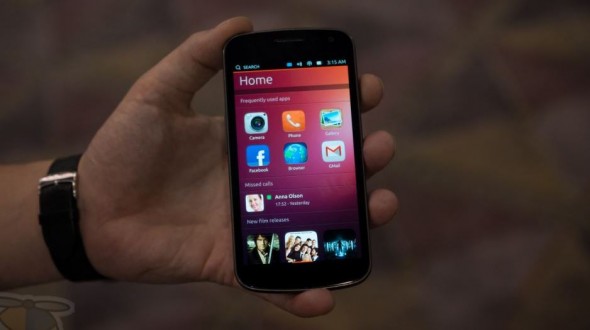 It’s been a while since we’ve last heard about Canonical’s attempt at bringing Ubuntu to the mainstream mobile space. Back in July, Verizon showed support for Canonical’s operating system, but that’s as far as that went. Now, finally, Canonical has announced that it has found its first hardware partner who will put Ubuntu Touch onto smartphones.

Founder of Canonical, Mark Shuttleworth, revealed this information during the LeWeb conference, and though he unfortunately didn’t divulge which company signed the deal with Canonical, he did state that Ubuntu Touch will be put onto high-end smartphones sometime in 2014. Shuttleworth also noted that Canonical is currently in high-level discussions with four “household brands,” which bodes well for both Ubuntu as a smartphone operating system, and those who can’t wait to get their hands on the OS without having to mess around with an unstable preview build.

Along with endorsements from various big-name carriers — including Verizon and T-Mobile — Shuttleworth believes the openness and flexibility of Ubuntu Touch will help spread the up-and-coming mobile OS. For instance, apps written for Ubuntu Touch will also work with desktop version of Ubuntu, something that iOS can’t boast.

Back toward the end of July, Canonical announced the Ubuntu Edge, a crowdfunding project on Indiegogo. The device was a very expensive smartphone that ran a version of Ubuntu for phones, but when plugged into a television or monitor, would run either the desktop or TV version of Ubuntu. The concept is still solid, but the crowdfunding campaign, though having raised an impressive $12.8 million, failed to meet its lofty goal of $32 million. Some suspect that Canonical never intended to meet that goal, which is why it was set so high, but instead intended to raise awareness for a mobile Ubuntu. If that was the case, then the campaign was a success, and now Canonical has officially signed with a manufacturer — whoever that might be.