Before anything, I'd lke to thank the devs of Exophase. It's currently the best and most complete achievement tracking service on the internet (trust me, I've tried them all).

Now, onto the suggestion: I've been wanting some kind of service to automatically track which games I've "beaten" for quite some time. By beaten I mean simply getting to the credits in any difficulty.

I know there's not such data to scrape from the platforms, but I was thinking something along the lines of marking an achievement on the database as the "game beaten" achievement. Most games have one of those (or one for each difficulty, in which case any of those would trigger the "game beaten" stat). If the user has this achievement, it means he has finished the game at least once. It could show as an star or something next to the game, and you would ve able to list all the games you've beaten or even show the number of games beaten on your gamecard.

As for implementation, at first it would seem very daunting, because these "game beaten" achievements would have to be manually marked on each achievement list, but there are some ways to speed up the process:

1. Automate some by looking for "key expressions" on the achievement's description, such as "complete the game", "finish the game", "clear the game" etc.

2. Let users indicate which ones are the "game beaten" achievement.

It would take some time, but slowly the most popular games would end up getting this metric.

Now let me pitch why would that even be worth it: while some dedicated gamers are completionists and try to 100%/1000g/platinum a lot of games, most dedicated games care for at least beating games. It's a common ground for dedicated gamers. As of right now, while multiple systems track your achievements, no system officially tells you which and how many games you've beaten and how it compares to other players.

With some creativity, it could even be possible to attract some users that don't care too much about achievements. Imagine something like that: at the end of the year, you create some viral landpage along the lines of "How many games have you beaten this year?", where people would fill out their gamertags, get the result and some data about games they've played during the tear and be able to share the results on social media. I'm sure it could become very popular around and draw in some users that would tailor their gamercards to show off how many games they've beaten instead of how many achievements they have.

Anyway, I'd like to know what others think of this. As the majority of the current populace is comprised of achievement hunters, I know it sounds kinda pointless, but I believe there'd be a great sense of accomplishment in racking up these "game beaten" stat and feeling like you have some sort of actual completion in various games instead of just the "23% achievements" or something that some games give off when you beat them but do not engage in other optional activities.

This is a cool idea I know playfire had a feature like this where it had 2 percentages...1 for achievement progress and 1 for story progress.

Staff member
Enforcer Team
Game Info Editor
Neat idea! I'd actually find this stat interesting myself, and agreed that it could open up the potential userbase a lot more. With some help from users
in identifying story achievements, seems very feasible to implement. I'll put this on the to do list for now.

The more features the better I say

I think this would be attractive to people who want to at least keep track of games they have beat. They might not always get 1000/1000 so this would be a cool way to identify that if it is a number on your profile. I like the idea but certainly will take a lot of work from users to identify those achievements / trophies but it would be a unique stat to this site!

Many games have a Final Chapter complete Trophy/Achievement, which could easily tracked. 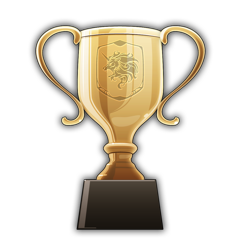 However some games have Multiple play through intended as certain characters, and you have a trophy for getting that characters playthough complete. Examples:
https://www.exophase.com/trophy/シャリ...e3%83%86%e3%83%a9%e3%81%ae%e4%bc%91%e6%81%af/ and https://www.exophase.com/trophy/シャリーのアトリエ-plus-～黄昏の海の錬金術士～-ps-vita/132979-シャルロッテの休息/ (Technically you can get a four more after this pair, but this is the final boss ones, but you'd end up with for the final boss.)

Also Some games have a DLC Story line competition, which are totally seperate to the main game, but these should be easier to track with the execption to some Steam games.

I am really looking forward to this.

Does things just for fun...

Really interesting.
I think could be cool to have this sort of feature even for platform/games that doesn't have achievements (like Nintendo Switch games), in order to mark as "completed" literally every game in your library that actually you have beaten.

I really want this feature, at least an option to mark as "Beaten".

This would add a lot for the trackers like me.

I’m also really interested and I see this as a good way to increase userbase for more casual players that might be intimidated by the whole leaderboards and 100% complete stats.

I myself have limited play time so I only beat most games (right now I use an iOS app to track those) and only try to 100% the games I really enjoy or are fast to complete.

This seems like it would be extremely hard to implement in an automated way and will perhaps require involvement from the community in marking up the achievements that trigger the 'complete' function.

I know this is not the solution you asked but why not try backloggd? I love that website and use it to complement with collecting, backlogs and other tracking.

An option to add as beaten and then fetching the latest earned achievements to choose and submit as "game beaten" achievement(s) would be good enough IMO
I'm not sure how many moderators are available to review those though...

I don't think it necessarily needs moderators, an algorithm can handle this (i.e.: after voted by at least X verified users that have the achievement on their account etc)

As someone primarily interested in the story of games, not achievement count, this would be huge for me. I mostly use this site for tracking stats, so anything that adds more stats would be well received by me.

andreycout said:
...Imagine something like that: at the end of the year, you create some viral landpage along the lines of "How many games have you beaten this year?", where people would fill out their gamertags, get the result and some data about games they've played during the tear and be able to share the results on social media.
Click to expand...