I miss a very important sorting option: completion. There's no sorting option that orders your stuff based on how many games you've fully completed, and sorting at the top and descending for the number of achievements those games have.

Thanks for listening and for the help, I hope you consider this. I hope I've explained it correctly ^^
Last edited: Oct 10, 2021

There is already a "completion date" sorting option that does exactly what you want. 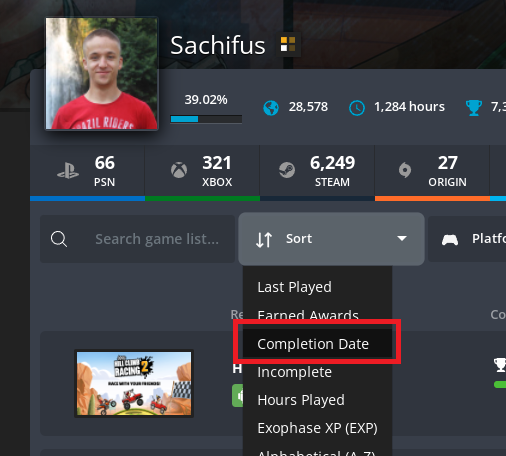 There is already a "completion date" sorting option that does exactly what you want.