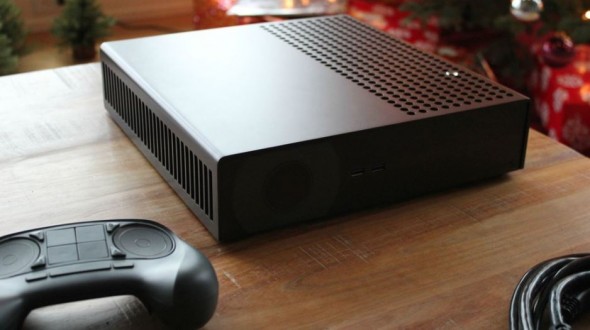 ​
On Friday, Valve shipped out 300 beta Steam Machines to the lucky few gamers who had been selected to test them. It didn’t take long for one of those 300 to start posting images of what he received.

As the gallery below shows, the Steam Machine turned up in a heavy duty wooden crate complete with carry handle. Inside, and encased in foam, was the Steam Machine, controller, required cables and a couple of documents. There’s also a Steam OS Recovery USB stick, which must act as a quick way to factory reset the machine if things go wrong.

A Steam Machine is basically a mini x86 PC that runs Debian Linux, the Gnome 3 desktop environment, and Steam OS on top of that. While by no means ugly, you can tell from the casing this is just a generic housing for a Mini-itx PC. But Valve has actually been very clever with the casing. 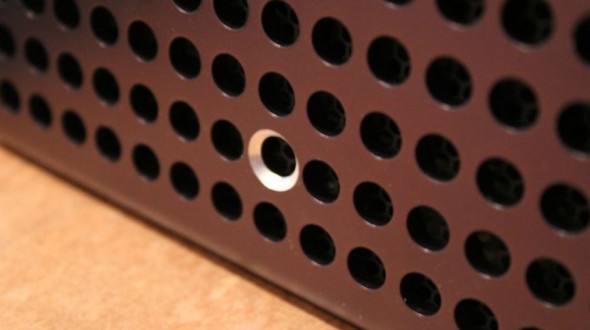 ​
On the side of the case you will notice a series of holes. These may indeed be to aid ventilation, but you’ll also notice one hole is not like the others. In fact, there are 300 holes to represent the 300 beta Steam Machines. What Valve has done is to mark a different hole on each machine, that way when images do inevitably appear on the Internet they know exactly who is posting them from the position of the hole.
As for what’s inside, according to the person posting the images the spec is as follows:
This is not a slow machine by any means, and that CPU/GPU/RAM combination put any game available today on PC within its reach. According to the discussion of Reddit, it’s about 3x as powerful as a PS4 based on the GPU alone. Of course, not all of the beta machines may carry the same spec, and if that’s true this is clearly from the higher end of the units shipped out.

that's one helluva a carrying case.....